How to Build a Treehouse Without Harming the Tree 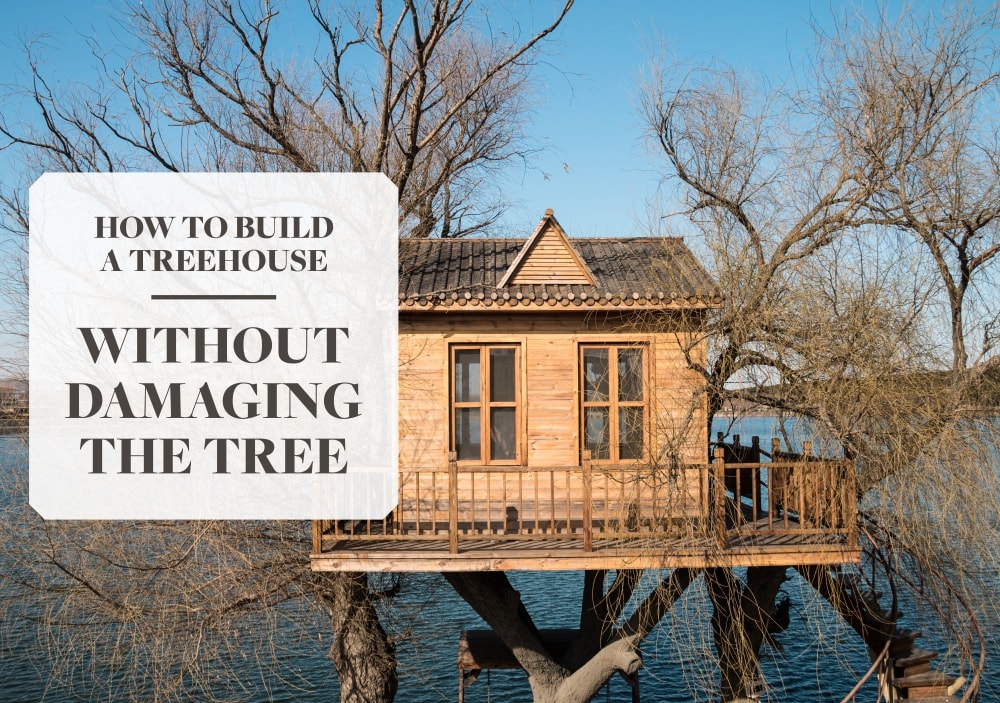 If there's a kid alive who wouldn't like a treehouse in their backyard, then that child must be seriously afraid of heights. A good treehouse can be as simple as a solid pallet nailed into the crook of a tree, or as elaborate as a multi-level playhouse. Whatever design your treehouse is, however, there are at least three things to keep in mind. One is safety. At all times, the treehouse must be safe, and so should be designed to be such. It should have sturdy rails so that it is difficult to fall out and a rope or solid ladder so that it isn't difficult to get in. Of course the second consideration must be the tree. A tree that is too old could be a problem if it dies before your child grows out of the treehouse, and a tree which is too young could pose a problem with it actually being able to hold the weight of the treehouse and the kids inside. The third consideration is the effect that the treehouse will have on the tree. Too many nails driven into the same place can kill a branch. The best way to build a treehouse which poses no danger to the tree is to use the treehouse as secondary support, using solid beams instead for primary support.

Planning the structure, use a floorplan which will give plenty of playroom, but which will provide for simple access should the need for swift punishment become necessary. Sink the beams at least three feet into the ground, and cement them in place just as you would a pole barn. Use the tree as a guide, laying out your floor around the various branches. The poles you sunk should act as the corners of the treehouse, providing support for the floor, walls, and roof. Once the floor is built, frame in your walls, but remember to leave openings for the door and windows, if the treehouse is to have any. At any points that the structure feels wobbly, use braces made with 2×4 boards to hold the structure to the tree. Rather than using many nails, which is certain to harm the tree, use one or two stainless steel lag bolts to hold the treehouse in place. If the treehouse is removed later, these holes can be filled with masonry cement to protect the tree from invasive insects such as termites. When you're done with the roof, then, and add the ladder, it's time for the kids, and you, if you were smart enough to give yourself some room to play!